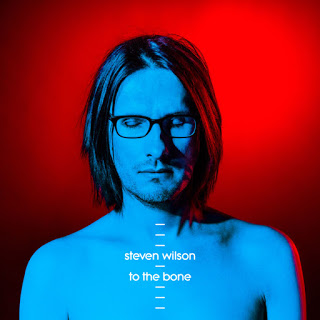 Although parts of his new album recall his work with his earlier project, Porcupine Tree, Steven Wilson’s To the Bone is not a simple throwback to an earlier stage of his career. To my ear, it sounds like the Porcupine Tree guy and progressive solo artist jettisoning the metal riffs and keeping the song lengths (more or less) under control, while holding onto his earlier project’s melodic hooks, broad dynamics, and sprawling atmospheres. Wilson’s dialing back of his earlier metal and prog leanings casts his melodies on To the Bone in a direct light and allows his earthy, Gilmour-influenced guitar style and pop instincts to leaven the progressive depth of his songs. It’s ironic that Wilson’s music seems most welcoming of human contact when he is making more of it himself. On To the Bone, when Wilson features another musician—specifically vocalist Ninet Tayeb, who takes lead vocal turns on three tracks, most spectacularly on “Pariah”—the contribution really packs dramatic impact.