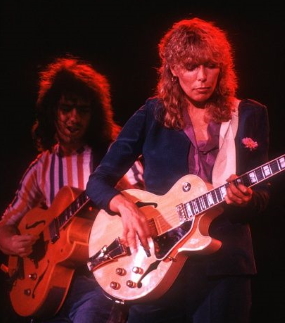 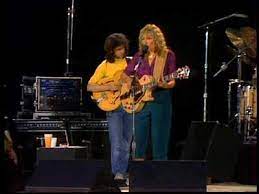 Joni Mitchell’s “Shadows and Light” is a brilliant performance document that brings together stage translations of the singer/songwriter/guitarist’s mid-70s period. During this interval, Mitchell released one after another adventurous album: Court and Spark (1974), The Hissing of Summer Lawns (1975), Hejira (1976), Don Juan’s Reckless Daughter (1977), and Mingus (1979). In contrast to the folk and softer rock leanings of her earlier recordings, the brief on this sequence of albums was strongly informed by jazz, and Mitchell brought aboard some of the most cutting-edge jazz musicians of the era, perhaps most notably electric bass innovator and virtuoso Jaco Pastorius.

Although Mitchell herself is the essential guitar presence on her albums, she invited occasional additions from jazz-rock lead player Larry Carlton and Robben Ford. By the time of the late 1979 gigs that led to Shadows and Light, her live band included one of the most innovative young jazz guitarists of the time: Pat Metheny. Four years out from his 1976 debut and close to the cusp of releasing American Garage, Metheny was in what have proven to be rare circumstances in his lengthy and still-evolving career.