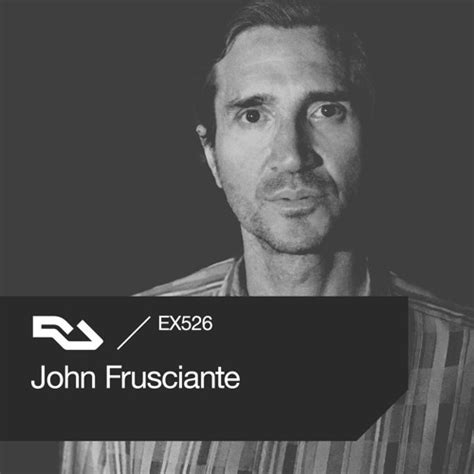 The announcement of John Frusciante rejoining the Red Hot Chili Peppers was one of the more interesting guitar universe surprises of late 2019, and, now, as April 2022 approaches, it’s about to come to fruition. On April 1st, the Chili Peppers will release Unlimited Love, their first album with Frusciante since 2007’s Stadium Arcadium.

Other guitarists have indelibly contributed to the band’s arc, but many fans regard Frusciante as the Chili Peppers’s defining guitarist. Although there’s a chance that he might disagree with that assessment—as a teenager, he fell in love with his future band while the late Hillel Slovak was on guitar—it’s inarguable that Frusciante put a strong stamp on albums that were creative high points for the band, not to mention huge hits. In the decade since he departed the band for the second time, one of Frusciante’s major avenues of curiosity and expression has been electronic music. Albums such as Frusciante’s 2020 release Maya de-emphasize guitar completely and embody a thoroughly different mode of music-making than the real-time, collaborative brotherhood of Chili Peppers. It’s more-than-a-little intriguing that Frusciante seems likely to getting deeper into electronic music at the same time he re-embraces playing guitar in a rock band.

Frusciante spoke to Resident Advisor’s Matthew McDermott on the September 24, 2020 edition of the RA Exchange podcast. Although much of their discussion was about electronic music, Frusciante had a lot to say about practicing, creativity, and his return to his first band.

The whole interview is interesting; listening to it all provides a window into Frusciante’s mindset early in his renewed membership in the Chili Peppers. Here are a few interesting elements, most :

● Practicing is still a big part of Frusciante’s music making, and it seems to be what he spends the most time on. Practicing for Frusciante is a big tent. It can include learning to the possibilities a piece of gear presents, and it can also involve musical ideas that embody concepts without commitment to full tracks, tunes, or anything he intends to release. In one his most interesting bits about practicing, Frusciante reveals that, while working on Maya, he was also frequently practicing Charlie Christian solos (19:20)—not with the specific goals of getting better at jazz or working on his guitar chops, but as part of meditating on how electricity affects music making.

● At about 27:00, Frusciante talks about his current relationship to rock music. With electronic music so much his focus, rock now strikes him as something really different, if not new.

● Forward motion is a recurring theme. Frusciante speaks of it both within particular performances and across the longer arc of a creative musician’s career.

● Frusciante is serious about stylistic analysis and the history of the music. At 15:00, he speaks of the form of electronic pieces in relation to their performance by a DJ, comparing it to form in classical music. In addition to his conversance with the spectrum of sub-genres in electronic music, he frequently locates any style of music, from jazz and blues to electronic styles, in historical context.

● Late in the interview (at about 49:00), he expresses the seemingly paradoxical idea that even styles of music that he sees as dying have room for new ideas and new worthwhile works. (I wonder what he means when he says a genre is dying.)

● His return to the Chili Peppers was sparked both by the enduring meaning his music with the group has to fans and by listening to his albums with the band with fresh ears, uninfluenced by the marketing hype that goes along with being in a big-time rock band. (43:15-47:35

● (47:35-48:05) Frusciante is bringing the influence of electronic music making to the Chili Peppers. At the same time, he is effusive about his real-time musical chemistry with Chili Peppers bassist Flea (50:00): “What Flea’s bass playing does to my guitar playing . . . it’s what makes me want to play guitar. I don’t really have too much of an interest in it were it not for that if I write a set of chord changes I get to hear how he plays bass over it. He has this way of playing something that is written, yet it’s also improvised at the same time, that’s endlessly fun to listen to at rehearsals. I don’t think I’d find that with another bass player.”

It’s rare that a musician who has had so much creative and commercial success with a band has such a history of ambivalence toward being in that band. Or, maybe it’s more accurate to say that it’s rare for such ambivalence to be put out in the world so plainly and coupled with such intense interest in a radically different form of music making. In a recent interview on Marc Maron’s WTF podcase, Red Hot Chili Peppers bassist Flea had offered some insight into Frusciante’s on-and-off history with the band: [quotation from interview]

Frusciante’s level of commitment—not to mention Flea’s evident excitement about Unlimited Love, and his suggestion that the sessions yielded far more worthy music than could be fit on the imminent double album–a suggests something good is on the horizon. Already, a few singles have been released. Tracks such as “Black Summer,” “Poster Child,” and “Not the One” could not be by any other band. And, it is inescapably noticeable they are new Frusciante Chili Peppers songs–meaning they comfortably sit next to material from the band’s two earlier periods with Frusciante while also bringing in new sounds and musical moves.

Frusciante’s guitar craft on Unlimited Love will be the focus of an upcoming Guitarete post.