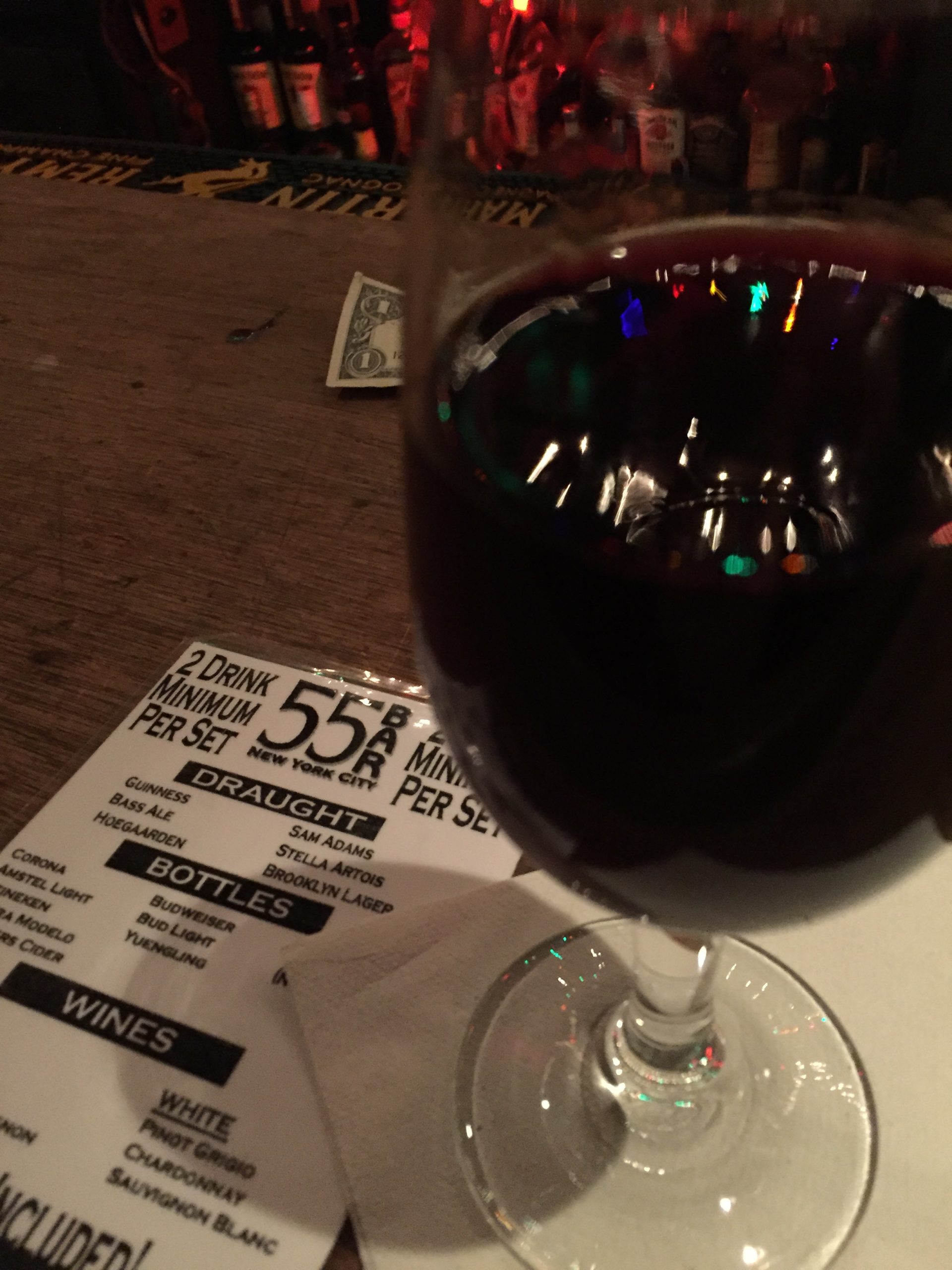 The closing of the 55 Bar is a tragedy for jazz musicians and jazz fans. The 55’s reputation and vibe resonated far beyond its New York City location. Not only did it draw listeners from around the globe to hear world-class players in an authentic, pretense-free environment, it was valued by musicians for the community it fostered and the opportunities for musical development and interaction it enabled.

Its roster of regular performers included a full spectrum of jazz and blues instrumentalists and vocalists, but I think it’s fair to say the 55 had a special affinity for guitarists. Long before I ever visited the 55, I read about it, no doubt in Guitar Player and Guitar World, in connection with Mike Stern. In the mid-80s, Stern was a fairly recent alum of Miles Davis’s band, who was becoming comfortable leading his own groups and putting his own material forward. By the end of 2019, Mike Stern had been gigging regularly at the 55 for more than 40 years.

Below, is a gallery of some of the not-so-great pictures I snapped while at the 55, followed by some remembrance, thoughts about its end, and a question about the future of the kind of live music it hosted over the past several decades.

The last show I attended at the 55 Bar was Mike and Leni Stern, on New Years Eve 2019. According to the World Health Organization, that is the same day of the reporting of a cluster of pneumonia cases that led to the discovery of the novel coronavirus that, as of late May 2022, continues to bedevil pretty much everything that involves groups of people getting together in enclosed spaces. Although the 55 Bar held on through the COVID-19-caused shutdown of live music and eventually returned to activity, there is no doubt in my mind that the pandemic was the deciding factor in its demise. I don’t know the economics of the 55 Bar specifically, and it’s a cliché that there’s no money in jazz these days, but, at the same time, nothing ever suggested to me that the place was hanging by a thread. To the contrary, prior to COVID-19, the 55 Bar was a reliable source of extraordinary live music. Plenty of times, and not just for the gigs of relatively famous players, I found the venue packed.

“Packed” at the 55, however, meant people packed into a narrow, low-ceilinged, often a-little-hotter-than comfortable basement bar. It was the kind of place where you could easily find yourself sharing a small table with strangers, shoulder-to-shoulder other patrons at the bar, or crammed into the back corner when there was standing room only. In others words, it’s not exactly where I’d want to be with a serious respiratory virus flying out of people’s faces.

I can’t say I was ever a regular at the 55 Bar, but I can say I’ve heard more great music there than any other venue. In addition to Mike Stern and Leni Stern, other outstanding—to say the least!—guitarists I’ve heard at the 55 include Adam Rogers, Ben Monder, Oz Noy, Vic Juris, Sheryl Bailey, Nir Felder, Tim Miller, Jim Campilongo, Adam Levy, Luca Benedetti, Alex Skolnick, Lage Lund, Jake Hertzog, and Mike Moreno. I’m sure this isn’t a complete list. On a few occasions, I wrote about 55 Bar shows I attended (here and here). Many more were memorable, and none were disappointing.

The 55 Bar was the kind of place you could just trust to have good music. The musicians who played there cared, the people worked there cared, and the vast majority of patrons cared. It was a place where live music full of interaction and improvisation was the priority, and there aren’t enough places like that. Without question, many people will miss the 55 Bar and remember it well.

I invite people to share some 55 Bar memories in the comments section below.

And, I also invite people to talk about other NYC jazz venues that host artists who played the 55 Bar. What other venues share some of the values of the 55 Bar? Where else are your favorite 55 Bar regulars playing?