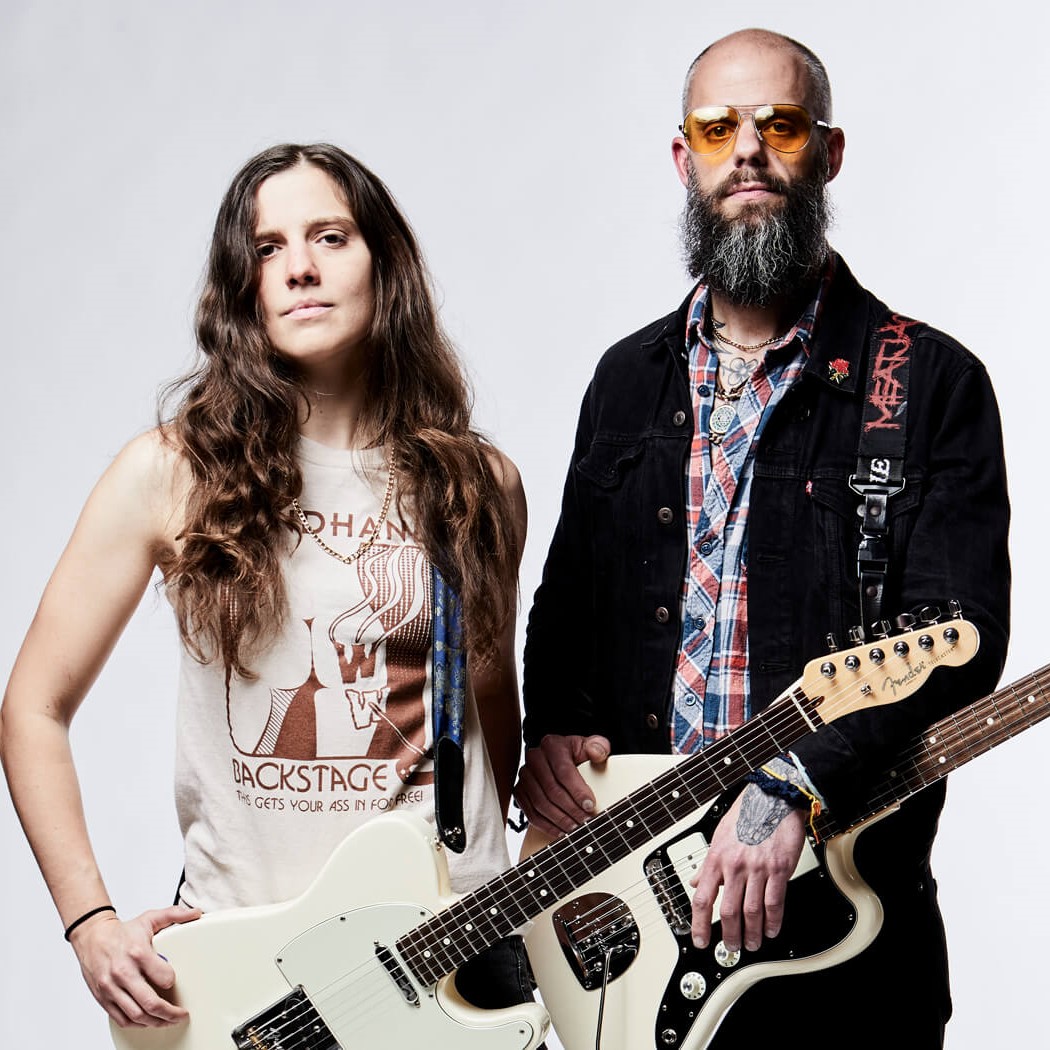 In the week before Gold & Grey dropped, on June 14, Baroness played a series of small gigs, including an in-store appearance at Vintage Vinyl and a full-on electric performance at the Gutter, a Brooklyn, NY, bar.

Below are videos of both above-mentioned short sets, each of which is totally worthwhile, along with some thoughts about them. Please share your comments!

● I can’t think of any other band that does two-guitar harmonies in which both guitarists use single-coil pickups. The reduced sustain (as compared to humbuckers) and the pokier high frequencies of single-coils emphasize the sound of two guitars together. With some bands, I frequently hear guitar harmonies as two players trying to sound like one. I dig that sound a lot, but there are other possibilities.

Since Gina Gleason joined the band and John Baizley began making the Jazzmaster a frequent choice, I really hear the two-ness of Baroness’s twin guitar parts. Check out this and this as examples—such a cool sound, and a very different tonal vibe from most heavy bands!

● I’ve written enthusiastically about “Seasons,” from Gold & Grey and on the setlist from the show at the Gutter, and I’m looking forward to getting deep into the new album.

● Between songs, there is no dead air, and that is due almost entirely to Gina Gleason’s mastery of atmosphere, effects, and feedback.

● The concluding breakdown of “Borderlines” into the roiling opening groove of “Can Obscura” is a killer song transition. Baizley’s whoosing filtered notes against Gleason’s feedback build creates some serious tension before one of the show’s rare moments of  . . .  silence.

● “A Horse Called Golgotha” is a straight-up guitar tour-de-force. I like this live version much better than the original version, from Blue, which is not to say the original isn’t also cool. This is just one of many ferocious moments.

● While there are some pro camera-people occasionally visible, how refreshing it is that there is not one visible smartphone in the audience.

● I can’t make out the name on the headstock of John Baizley’s acoustic guitar, but be on the lookout for OM-body-style guitars with big crowned-skull inlays.

● The short acoustic set leans pretty heavily toward songs from Yellow & Green: “Foolsong,” “Eula,” and “March to the Sea.” Only “Cold Blooded Angels” is from Gold & Grey.

● On Gold & Grey, the multi-part “Cold-Blooded Angels” is full of atmospheric reverbs on both the vocals and the guitars, not to mention some pretty prominent drums. In spite of this, the song translates very well to an acoustic setting.